Speakeasy Toastmaster Cub had the privilege of being involved in the “Duhallow Celebrates 1916”.The Edel Quinn Hall in Kanturk was so crowded that they needed to get more chairs. Such a wonderful evening of entertainment, to celebrate such an important historical event. Well done to all the members of Speakeasy who took part. 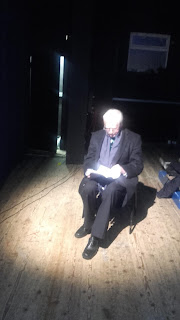 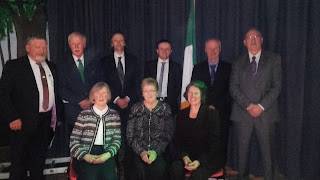 Posted by Speak Easy Toastmasters at 4:06 p.m. No comments:

There was up to 30 in attendance at the last Toastmaster meeting. It was held on a Wednesday because St. Patricks Day was on Thursday. Brendan Foley was Toastmaster for the evening, and did a very proficient job of running the meeting. Don McSweeney was in the role of Timekeeper, and Helsa Giles was Topicsmaster.

Margaret  O’Regan was first to the podium with an inspirational speech entitled “Some Day”. She has a wonderful way of painting a picture and brought us on a fascinating journey to Calcutta where she acclimatised to the bedlam of the bustling city having volunteered there for three weeks.
Steven O’Brien was next up “In bondage to one’s beliefs” it was very hard to imagine that this was only his second speech, such a confident and impressive presentation. A real look at what makes a nation tick and how a person thoughts become reality.
Deirdre  Linehan had us all laughing and at the edges of are chairs with her enactment of “Words of Wisdom”. A very accomplished speaker, who owned the stage in the retelling of what a husband with the best of intentions had wrote in a letter to his wife. The humour really shone through with the wife’s thoughts on said letter.
Last but not least was Pat Sexton with his genuine tribute to the fifth Beatle George Martin. His eyes shone with his hearth felt admiration for a man that will be remembered for pushing the boundary of music and influencing the likes of Bob Dylan.    Ann O‘Donovan in the role of General Evaluator awarded Tony O’Regan best topic. Marie Lynes best Evaluator and Deirdre Linehan best speaker.  Next meeting is one not to be missed as its competition night. A great night guaranteed as all are most warmly and cordially welcome. Guests won’t  be asked to speak. The next meeting is on Thursday the 31st of March, 8p.m. sharp in Hibernian Hotel. For more information see www.speakeasytoastmasters.com or contact E.V.P. Brendan Foley 087 7938641 or Marie Lynes 087 9746947
Posted by Speak Easy Toastmasters at 4:04 p.m. No comments:

Marie Lynes the President opened the meeting, welcoming all in attendance. She swiftly handed control of the meeting to Toastmaster for the evening Claire O’Connell. Jerry O’Callaghan was Timekeeper. Ray Ryan was in his element as Topicsmaster giving us a wide range of topics.
There was five speakers on the program. Mary Moynihan gave us a very entertaining fact finding report on her cleverly titled speech “Saddled Up”.Being a big advocate of cycling, bikes now out sell cars and its no wonder with the many health benefits.
“English Past, Present and Future” was the title of the next speech by Don McSweeney. He told us of the origins of old English, about how language is used today and even a few thoughts on what the future might bring with Chinese and Indian being the most spoken languages at the moment.
Dermot Kennedy’s “The Truth about Sugar” was a power point presentation, he made great use of imagery but stayed focused on the audience. He gave us may examples of products with hidden sugar, which was a real eye opener.
Bobby Buckley also did a speech about “The Lore of Sugar” but in a very different way, his own story of bondage to sugar because the trouble is it tastes too good .He won the battle now being slim on the outside as well as the inside. 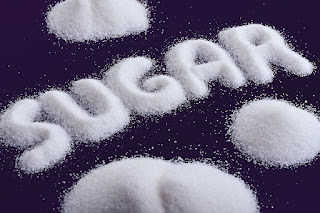 Last but not least we had a guest speaker, from Carrigaline  Toastmasters, Philip O’Byrne. “Was it Fate or Was it Chance” as a youngster The Barrow river felt like the Mississippi, offering him adventure. A beautifully told tale, that would mirror anything Huckleberry Finn got up to.
Marie Lynes was General Evaluator, she awarded best Topic to Deirdre Linehan, for her contribution on Spring. Bobby Buckley got the icing on the cake as he won best speech. Pat Sexton took  the award for best evaluator. All in all a very high standard of speeches and evaluations.Well done to all who took part in another successful meeting. We will be meeting again on a Wednesday instead of Thursday 16th of March in the Hibernian Hotel.
Posted by Speak Easy Toastmasters at 6:55 p.m. No comments:

On Saint Patrick’s night “Speakeasy Toastmasters” will take to the stage to celebrate the centenary of the Easter Rising.


In conjunction with Duhallow Choral Society , The Pards (re-enactment group) and Ceoltoiri Sliabh Luachra a show entitled “Duhallow Celebrates 1916” will be held in the Edel Quinn hall Kanturk at 7.30 pm. 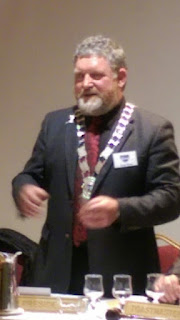 The show will include singing, readings, poetry, music and re-enactments pertaining to the Easter Rising and it’s aftermath nationally and locally.


With over 100 participants it promises to be a fantastic night. It will be a first for the Speakeasy Toastmasters to collaborate with other groups and to demonstrate the skills they have gained by being members of Toastmasters. It also gives all the participating groups the chance “to do their bit” to mark the 100th anniversary of the founding of our nation.


In  Toastmasters  you will become aware of where you  or others tend to fall off the cycle.  So, can I give you any greater reason for joining Speakeasy Toastmasters? The next meeting is on the 16th of March a Wednesday rather than Thursday because of Paddy Day celebrations. We meet in the Hibernian Hotel 8p.m. sharp.

Posted by Speak Easy Toastmasters at 11:02 a.m. No comments: